Haichuan Group 2015 Annual Reporting Work Meeting was held in the meeting room of the headquarter in the morning on December 19th. The chairman Wu Xin started things off . The president Qiu Jianjun, other leaders and the principals of basic units subsequently reported their work.. They seriously summarized the work and the completion of relevant targets in 2015, worked out some rectification measures for the problems and weaknesses and prospected the work in the future. Above middle-level managers attended this meeting and voted. 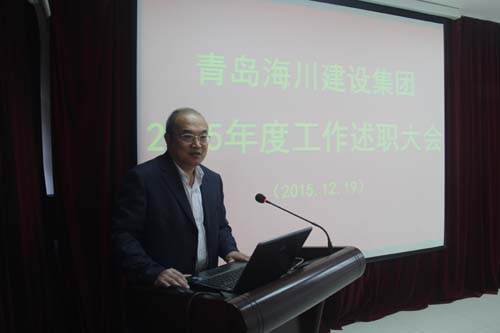